It’s not metal roofing contractors that the city of Muskogee, Oklahoma, has a problem with — it’s the materials they use. The Muskogee City Council has been playing around with the idea of 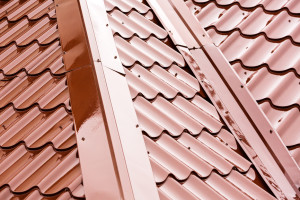 banning metal roofs within city limits. The reason? Policymakers think metal roofs might bring down the home values in neighborhoods featuring this type of roofing. According to local roofers, it’s clear that the council doesn’t know the many benefits of metal roofing (including just how good they can look). One Muskogee roofer says metal roofs are “Forty-five percent of my business. I always thought metal on the roof was the future, the way we were going.”

However, the city is adamant that metal roofs and siding have no place in this part of Oklahoma. In order to make it official, a zoning change is on the table. According to one City Councilor,* such a sudden and strict change wasn’t the original plan. In fact, he says the real goal was to get rid of shoddy work which some subpar roofers were performing within city limits. “We just want to make sure it’s a good and safe product,” he explained, but such measures will ultimately hurt homeowners who are looking for quality, affordable roofing, as well as the many reputable roofers in Muskogee.

The City Council says current structures featuring metal roofing or siding would be grandfathered into the ordinance, so homeowners don’t have to worry about costly roof replacements. However, they’re hoping the new restrictions will increase the quality of roofing and siding for future construction and remodels. Unfortunately for the council, the city code is complex, and it’s not easy to ban such a popular and beloved material.

Homeowners and roofers were relieved when the ordinance didn’t change immediately and the council was sent back to the drawing board. A number of homeowners spoke to the local FOX news media, eager to explain why they were upset about the potential ban. For the most part, they just wanted to know why this was happening — thus far, the council has been pretty tight-lipped about their reasoning. Beyond pointing to some low-quality roofing work, which can happen with any roofing material, they provided little explanation for such a drastic move.

Muskogee Director of Planning Gary Garvin, who is not involved with the City Council’s actions, said, “I think they thought it would cause property value to go down.” He recalls that in January, the council requested a building design standard review from the local building commission. Currently in Muskogee, metal roofs and siding are allowed, but metal walls are not.

Metal is a fantastic option for roofing — durable, attractive and affordable. Call the Roof Doctor, a reliable contractor specializing in all types of roofing materials, including metal, to learn more about your options for your home.