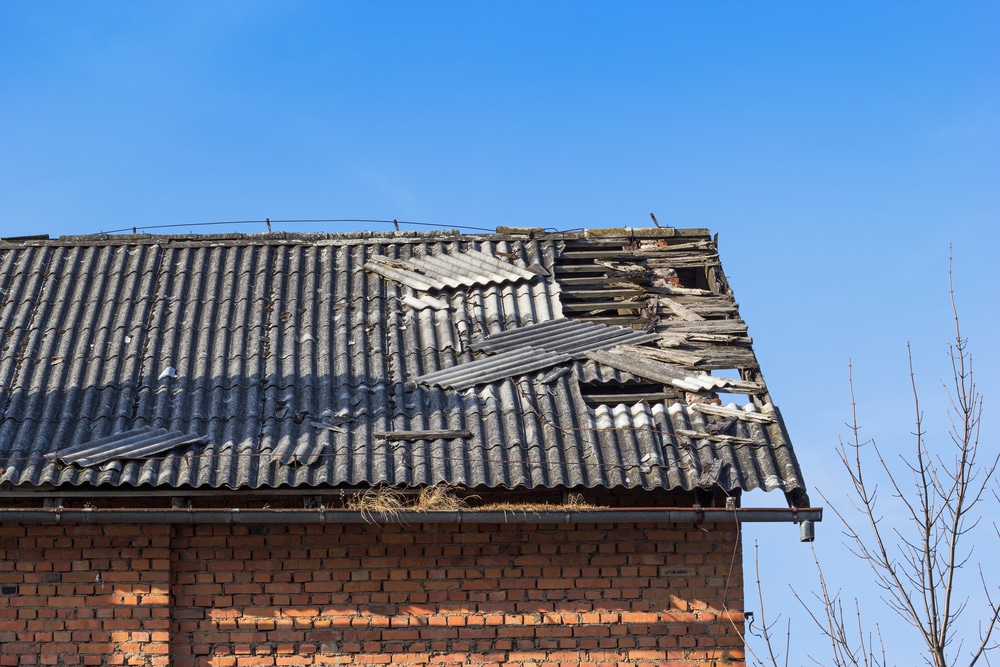 Salt Lake roofing contractors don’t see as much storm damage as is found in places like Colorado or Texas, but we do see storms that produce damage every couple years or so. And the result can be very costly.

We recently had a call from a woman, a super nice lady who had a perplexing situation. She was getting ready to list her home for sale and had just finished meeting with an inspector. The inspection had shown that the roof appeared to have some sort of manufacturer defect. There was a pattern of small, round spots on the roof where there were no granules or asphalt. She thought surely this was a manufacturer defect, and she was hopeful that her material warranty would cover at least the cost for the materials to be replaced.

She hoped we could help confirm her suspicions.

When our residential specialist arrived at her house to take a look, we were so frustrated for her. As it turns out, the damage was not due to any problem with the material when it was made, but rather her roof had been pounded at some time in the past by hail. A quick bit of research by our team determined that this home was indeed right in the path of a major hailstorm that had occurred three years prior. Her roof had been pelted by hail the size of golf balls, but since she didn’t have any leaks, she never even thought to have it inspected.

As a result, now that she is trying to sell her house, she is stuck with having to replace the roof in order to be able to close. Had she known about her roof having storm damage, she would have been able to transfer the burden of the roof replacement cost to her insurance company via a homeowner’s insurance claim. Her cost would have been her deductible and any upgrades that may be wanted/needed.

How Respected Roofers Protect You

When it comes to storm damage, roofers generally get a bad rap because there are companies that travel the country looking specifically for work that is eligible for insurance proceeds. It’s an easy sell.
But let me tell you something – your insurance company is not going to come knocking on your door reminding you to get your roof inspected after a storm. They are not advocating for the best interest of their customers.

Finding the Right One

We recommend you do your homework and research local roofing contractors. Check to make sure they have a contractor’s license and liability and worker’s comp insurance for their employees. Read reviews and ask your network of family and friends for recommendations. But if you have a roof that has withstood a major storm – especially one with extreme forces of wind and/or hail – please have your roof checked out for damage so that you can file a claim in a timely manner and not be stuck with paying for a roof that should be covered by insurance.

The Roof Doctor is experienced at storm damage repair, and can help get your roof in great condition again! If you suspect damage has occurred on your roof, ask us to perform an inspection.

Get Your Free Roofing Estimate Now!