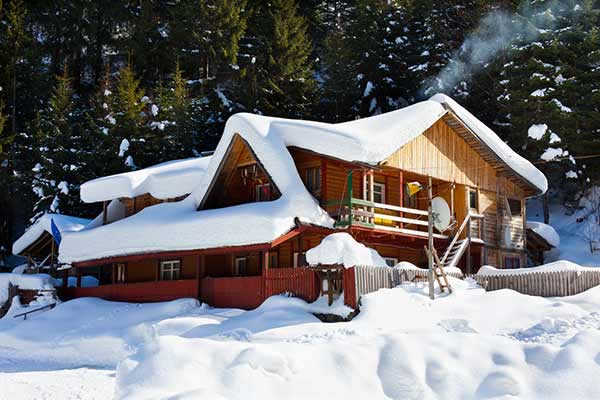 Your roof snow load is a measurement of how much precipitation your roof can hold before collapse is a concern. When you’re braving the extremes of Utah’s winter snowstorms, the last thing you want to worry about is whether your home can take the beating.

How much snow is too much?

Local building code determines roof snow load, and it will be based on the average amount of precipitation in the region. For example, the roof snow load in Salt Lake County is 30 pounds per square foot. Your roofing contractor will build your home according to these guidelines.

They will design the roof frame to be able to easily withstand at least 30 pounds per square foot — they have to, or else the roof won’t be up to code, and the roofing permit won’t pass inspection.

How Much Snow Is Too Much?

Your next question is probably, “How much snow is 30 pounds per square foot?”

That is a much more difficult question to answer. The Federal Emergency Management Agency (FEMA) states that snow weight has a wide range based on its moisture content. One foot of fresh snow that’s light, fluffy and dry could be only 3 pounds per square foot (PSF), while dense, heavy and wet snow may weigh 21 PSF.

Ice plays a role as well. One inch of freezing rain weighs just a little less than 5 PSF. One square foot of ice weighs 57 PSF. For this reason, ice buildup on a roof is of greater concern than snow.

Watch for Signs of Roof Distress

Ultimately, it’s up to you to watch for signs that your roof is bearing more than it can handle. One of the first signs that your roof’s limit has been exceeded is your doors will begin to stick in their frames, especially doors on the second floor. Look for cracks in the plaster around and above door frames — that’s another clue.

Leaks, popping or cracking noises, and sprinkler heads that are dropping below the ceiling tiles are all signs of roof distress. If you go up into your attic and see bent or broken rafters, that’s a serious sign and you should evacuate.

If your home was renovated and the changes weren’t approved by a structural engineer, your roof may be at a greater risk of collapse. This is especially true if you had interior walls removed.

Whenever you suspect your roof snow load limit has been exceeded, you should call the Roof Doctor. We will examine your roof and let you know if you have a problem. We can also make the necessary renovations to ensure you and your family are safe.